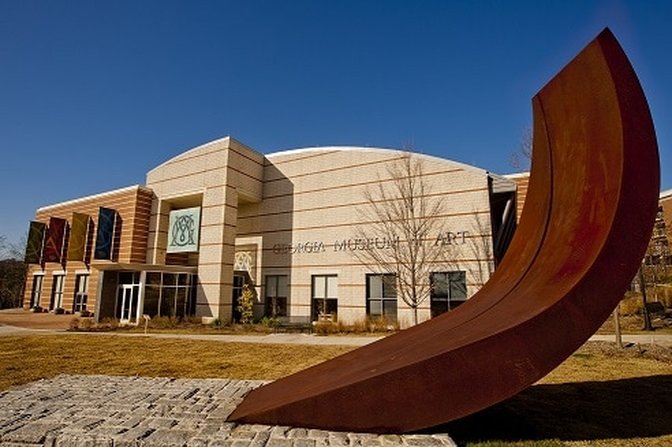 Founded in 1945 with a gift of 100 American paintings from Alfred Heber Holbrook, a retired New York lawyer, the Georgia Museum of Art at the University of Georgia has grown a hundredfold over seven decades. Its collection now numbers more than 10,000 objects and encompasses southern decorative arts, a Kress Study Collection of Renaissance and Baroque paintings, European modernist works, and the creations of self-taught artists. Collectors Larry and Brenda Thompson donated 100 works by African American artists to the museum in 2012. At the same time, they endowed a curatorial position to focus on artists of the African diaspora, a transformational gift that has already begun to bear fruit.

When the museum opened to the public, in 1948, it occupied two rooms in the basement of the old university library. It grew to fill that entire building and then overflowed it, requiring a new, larger building on the university's East Campus. In 2011, it expanded again, adding a new wing to display the permanent collection for visitors to enjoy. It hosts hundreds of programs and events yearly, reaching audiences from toddlers to senior citizens. Nearly all these programs, as well as admission, are available at no charge. The museum is the official state museum of art and its mission mirrors the flagship land-grant university's: to teach, to serve, and to inquire into the nature of things. Its art and its facility belong to the people of the state of Georgia, and it aims to remove barriers to the joy of art.

When Holbrook founded the museum and served as its first director, he used to pack paintings into the trunk of his car and drive them around the state to spread that joy. The paintings themselves now stay safely in the museum, but free art-education programs and materials circulate in their place. This summer and fall bring an exhibition on Italian furniture designer Giò Ponti, traveling shows on Martin Johnson Heade and Mickalene Thomas, and a focused show on historic Georgia firearms.